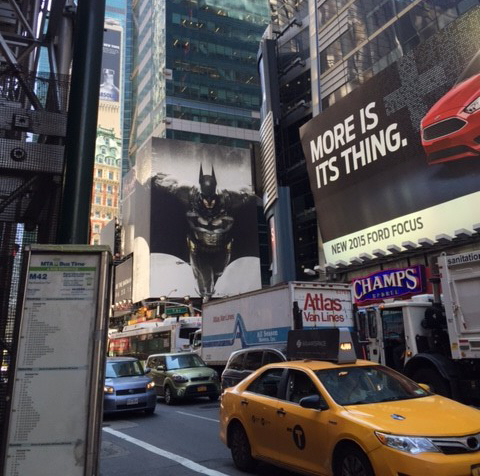 Summer holidays exist to be savoured long after the local wine has been drunk (why does it never taste the same?) and the freckles have faded and it’s true, memories of happy times in sunnier climes keep us going through the January gloom. 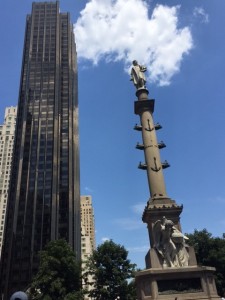 I enjoyed many special times during the summer of 2015 ‒ precious family memories to treasure forever ‒ but I also did something ridiculously, extravagantly splurging and, yes I have to admit, totally self-indulgent! I took myself off to New York to the Romance Writers of America (RWA) conference and spent an entire week being something I’ve always wanted to be, an author in one of the most exciting cities on the planet. Now seriously, what’s not to like?

Erin did better than that, she organised a special press pass, so in the blink of an eye, having raided my ‘author’ piggy bank, I booked flights, hotel and was on my way! 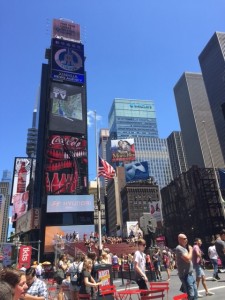 Times Square- the energy is palpable!

The fabulous Marriott Marquis Hotel in Times Square was base camp for nearly 2000 delegates primed and eager to make the most of nearly 200 events/workshops/signings and 1-2-1s and of course, the fabulous RITAs and Golden Hearts Awards Ceremony. Delegates could start the day at 6.30am with Pilates and/or Romance Fit Club, followed by a networking breakfast and then straight into the action.

Some of my favourites included: ‘Bollywood Basics: Romance Tips from the World’s Largest Film Industry’; ‘How to Write Sexual Tension that will Knock Their Socks Off’; ‘Dead On, Writing ‘Killer’ Romantic Suspense’; ‘Staying Fit While You’re Writing’; and ‘Oops, the Publishing World Just Changed Again’.

I squeezed into Nora Roberts’ talk, acknowledged as the best selling author on the planet, her ‘chat’ to a packed house was refreshing, honest and hilarious. Nora has written over 200 romance novels – thirty-four Nora Roberts’ titles are sold EVERY minute – she also writes suspense under the pen name J D Robbs, these titles sell pretty well too! Awesome.

During my trip I breakfasted at Simon & Schuster and had cocktails with the team at Hachette Book Group – mixing with writers, editors and agents, all asking lots of questions about the UK and how the market is here. 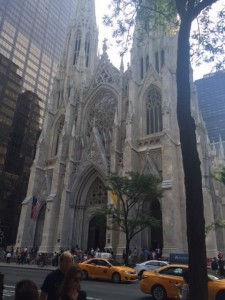 With the sun shining and so much to see, I took time to walk, New York is easy to navigate, the natives hospitable and happy to chat. Highlights included sunbathing in Central Park with pastrami salad and iced tea whilst reading Steven King’s On Writing; Mass at St Patrick’s Cathedral where the celebrant’s singing was akin to Pavarotti and enjoying the movie The Longest Ride over brunch.

Fast forward to the conference finale, the glittering RITA and Golden Heart Awards Ceremony – and I was delighted to see Jo Beverley – a member of the RWA Hall of Fame – present the Golden Heart for Historical to Sara Leyton for her novel The Reunion. I was also delighted and very proud when our own Carole Mortimer received a Lifetime Achievement Award. She has written over 200 books, yet spoke so generously and warmly, she was just delightful.

As the evening came to a close, a gorgeous girl sitting next to me asked if I would take a picture of her and her English chum – turns out the best buddies were also bestsellers, Tasmina Perry and Bella Andre. A quick snap and Bella was whisked on stage to do her presentation, talk about hanging out with the VIPs!

The RWA conference was a real eye opener, a fascinating insight into the business of being an author and what it takes to succeed and New York itself, such a special, fairy tale kind of place for me, it really was an experience to savour. You never know, one day I may return but in the meantime I can dream … after all that’s what gloomy January days are for. 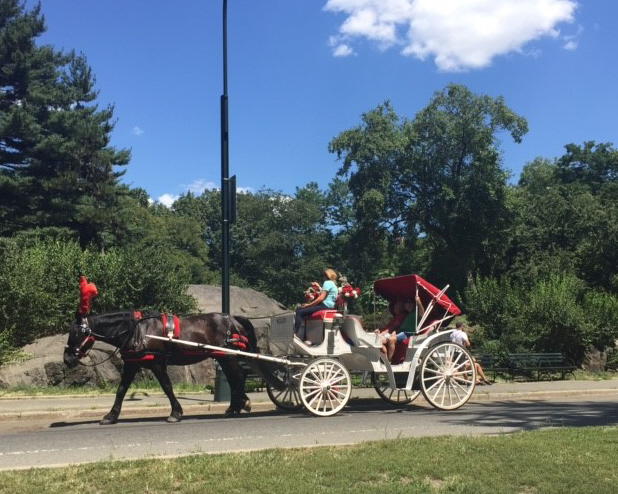 The view from my ‘desk’ in Central Park

Want to join the discussion?
Feel free to contribute!

Anyone watching me might say ‘hasn’t she the life staring out kitchen window for ages watching🐦 eating🍏!”Only a fellow ✍️will know that the I was working. New plot scenario drifted in. Divorce. Baby. New relationship. Devlin?Caroline? Maggie?🤔👏😀 #CityGirlsReunion #amwriting

📚A Music Themed #ContemporaryRomance. Rosie's #Bookreview of Only The Beginning By Laramie Briscoe #BookTwitter https://rosieamber.wordpress.com/2023/01/26/%f0%9f%93%9aa-music-themed-contemporaryromance-rosies-bookreview-of-only-the-beginning-by-laramie-briscoe/ via @rosieamber1